In conversation with author David Diop

On the occasion of the translation of his book ‘Frère d’âme’ by Anna Moschovakis (‘At Night all Blood is Black’, 2020, Pushkin Press) 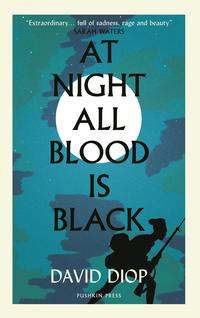 With David Diop and Anna Moschovakis.
The discussion will be chaired by Catriona Seth (All Souls)

Alfa and Mademba are two of the many Senegalese soldiers fighting in the Great War. Together they climb dutifully out of their trenches to attack France’s German enemies whenever the whistle blows, until Mademba is wounded, and dies in a shell hole with his belly torn open.

Without his more-than-brother, Alfa is alone and lost amidst the savagery of the conflict. He devotes himself to the war, to violence and death, but soon begins to frighten even his own comrades in arms. How far will Alfa go to make amends to his dead friend? 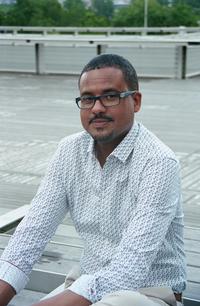 David Diop was born in Paris and raised in Senegal. He is Professor at the University of Pau, where his research includes such topics as eighteenth-century French literature and European representations of Africa in the seventeenth and eighteenth centuries.

Frère d'âme, his second novel, was published as a lead title of the 2018 French rentrée littéraire by Éditions du Seuil. Shortlisted for the most prestigious French literary awards (Renaudot, Femina, Médicis and Goncourt), the novel received fourteen prizes including the Prix Goncourt des lycéens, eight foreign Goncourt choices, the Kourouma prize, the Strega europeo prize in Italy and the first Europese Literatuurprijs awarded by a jury of students in the Netherlands. Translated into thirteen languages, Diop’s novel has been praised by critics, bookstores and readers of all ages. 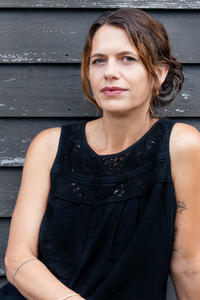 Anna Moschovakis's recent translations include The Jokers by Albert Cossery, Bresson on Bresson by Robert Bresson, and At Night All Blood Is Black by David Diop. She is also a poet and novelist, and an editor with Ugly Duckling Presse.