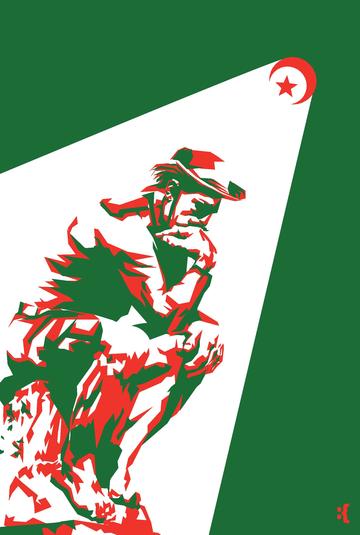 The explosion in the production of transnational history has coincided with significant restrictions on who can write history, and who has access to reading it. Scholars from the Global South have increasing difficulties obtaining visas to study archives outside of their home countries or travel to conferences, on top of the prohibitive costs. The relationship between research assistants based in the Global South and academics leading projects in the Global North can be exploitative. Academic work is increasingly published in English, and despite the shift towards Open Access, monographs regularly cost around £70. In the Global North, calls to 'decolonise' the curriculum have often been appropriated by university management as a marketing strategy, resulting in superficial 'diversifying' rather than root-and-branch decolonisation. In this context, and in the context of ongoing strikes across higher education in France and the UK, this is a good occasion to think about how we might do history differently, outside of institutional structures.

How do you make space in history for a period which is historically important, but not politically or institutionally valued (i.e. valued by those in power)? How do you begin to gather oral testimony and build a living archive when the stories only emerge in fragments? How can stories about the past be brought to new publics, educated in different languages of instruction, using creative forms? What new opportunities to address these questions can emerge from the exponential growth in access to the internet and the use of social media in the region in the past 10 years?

“Generation Independence: A People’s History” is a work-in-progress project which explores creative ways to make Algerian post-independence histories visible and audible to wider audiences, in a context where Algerian public history continues to be dominated by retellings of the colonial and anti-colonial nationalist past and where the international lens remains focused on the civil violence of the 1990s. The project aims to bring together younger and older generations in the creation and consumption of multilingual, multimedia, open-access sources about the 1960s and 1970s. At its heart is a series of eighteen 20-minute documentary portraits in which Algerian women and men talk about the 1960s and 1970s, with their words interwoven with photographs and documents from their personal archives. Subtitled in Arabic, French and English, and available online as an openaccess source, the series seeks to prompt an intergenerational conversation about a period in Algerian history which has been marginalised. More broadly, the project seeks to be part of ongoing discussions about how engaging user communities at the start, rather than the end, of the research process can put their questions and concerns at the centre of the research design and increase the potential for the research to have a wider social impact, beyond the community of researchers.

Natalya Vince recently completed a EC H2020 MSCA Global Fellowship in Algeria, the UK and France working on a project on students, the state and social change in post-independence Algeria (STUSOCSTA 705763), and is PI on an AHRC Follow on Funding for Engagement and Impact award for the ‘Generation Independence: a people’s history of Algeria in the 1960s and 1970s’ project (AH/S013172/1). She is the author of Our Fighting Sisters: Nation, Memory and Gender in Algeria, 1954-2012 (Manchester University Press, 2015), which won the 2016 Women’s History Network Book Prize.
Toufik Douib’s practice focuses on Algerian-Maghrebi identity in a socio-cultural and geopolitical dimension, addressing their issues, challenges and triggers through the lenses of its contemporary art scene. In 2017-18, he collaborated with the P21 Gallery (London) on ‘Dhikr Pictural’, the ‘{Un}told Stories’ short movie series and the critically-acclaimed group show ‘Pop Art from North Africa’, presented in Madrid Casa Arabe in 2019. Toufik was commissioned by Shubbak Festival (London) for his photo and video exhibition ‘Belonging, Sideways’ (2019). He recently received the AFAC grant for his research project 'DIGI-MENA', an online mapping platform for digital arts from the Arab world.
Walid Benkhaled’s research focuses on the history, politics and aesthetics of Algerian cultural production, notably cinema, in the post-independence period. He examines the role of cinema as a nation-building tool, national and transnational funding mechanisms and their impacts and the politics of language. As a filmmaker, he seeks to explore ways to overcome, through form and content, some of the constraints placed on films made in and about the Global South. In 2016-17, he spent a year in Algeria shooting a documentary about the relationship between politics and culture, which is currently a work-in-progress film entitled ‘In the Frame’.

This project has received funding from the European Union’s Horizon 2020 research and innovation programme under the grant agreement 837297.